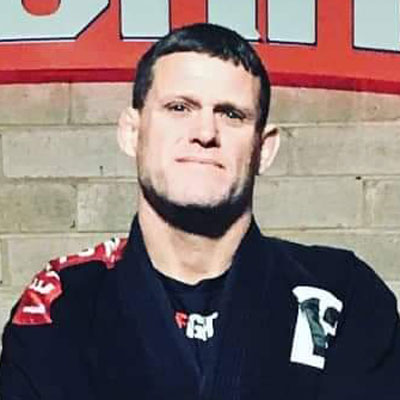 Since the early 1990s, Adam Saunderson has had a focus on sports martial arts. Beginning with judo and boxing, he transitioned to freestyle martial arts, then into Brazilian Jiu-Jitsu (BJJ) and MMA at an amateur and pro level.

Adam became fanatical about BJJ in 2001 after he first come across UFC in Sydney. He moved to Perth then London to train, before heading to Canberra in 2010. After becoming one of the highest ranked BJJ practitioners in the region, Adam journeyed to Thailand, training at the now-famous MMA gym, Phuket Top Team.

At Phuket he was tutored by BJJ 4th Degree Black Belt Professor Olavo Abreu. Following this Adam trained at Legion 13 HQ in Perth under Grayson West. Adam won a Pro MMA title at the Australia vs New Zealand fight night in 2011 and in 2012 joined the coaching staff at Stockade Training Centre. He received his Black Belt from Professor Abreu in 2014.Adam’s extensive knowledge and tireless work ethic are integral to his coaching of many successful BJJ and MMA competitors. Adam has a genuine desire to foster skill and technical improvement in students, while giving them lifelong skills in the process.

Adam is available for Personal Training