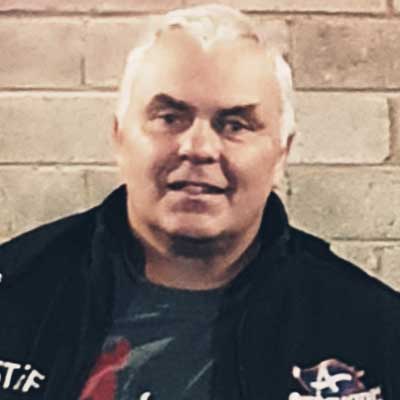 Garry (‘Gazza’) Hamilton trained and competed as a kickboxer in the UK for over 10 years, becoming a British Kickboxing Champion. He migrated to Australia in 1995 and obtained a degree in sports science from the University of Canberra. A short time later, he started a kickboxing school at the Deakin Health Spa. In the late 90s, Gazza started the Underground Boxing Gym with close friend Michael Hodkinson. The Underground Boxing Gym would later become The Stockade Training Centre.

As a professional trainer, Gazza has trained Australasian, Australian and NSW state professional champions. As a coach, he has taken a number of athletes to success at the following events:

In 2002, Gazza represented Australia as an assistant boxing coach at the Oceania Games in New Zealand. He was also selected to prepare the Australian team for the 2010 Commonwealth Games in India.

Apart from his sports science degree, Gazza has a diploma in fitness and nutrition, Level 1 and Star 1 boxing coaching accreditation with Boxing Australia plus over 20 years’ experience in the combat sports industry.

Gazza is available for Personal Training